As highly-trained professionals and currently working artists, we bring a collective 70 years of experience in the worlds of musical theater, acting, opera and classical music. As working artists, we are exposed to the most up-to-date techniques and trends that we can immediately share with students. We have a passion for bringing this experience to young people so that they may have the exposure to these art forms and receive the encouragement we experienced as students to express ourselves and explore our creative potential. In addition, we continue to work as teachers in our fields, regularly teaching private lessons and group master classes at the high school and college levels. 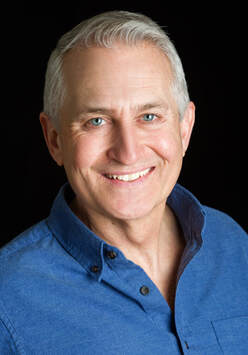 Curt Branom
Tenor, Acting Instructor and Founder
Curt Branom is currently playing in San Francisco’s long running hit show Beach Blanket Babylon.  Thanks to an eventful few years, Curt now plays Governor Chris Christie, Barron Trump, Tom Cruise, Buster Posey, Bernie Sanders and many others. His favorite character, however, is the flamboyant King Louis XVI.  Curt has performed with the San Francisco Symphony and recently appeared with the San Francisco Gay Men’s Chorus at Davies Symphony Hall. His New York credits include Hurlyburly, A Lie Of The Mind, Our Life And Times (1999 MAC and Bistro Award), and How Now Voyager. Other regional credits include Sweet Charity (Bay Theatre Critics Circle Nomination for Best Actor), Little Shop of Horrors, Li’l Abner, Sugar, Oklahoma, Some Enchanted Evening, And What Give Up Showbiz? and You’re A Good Man Charlie Brown. In New York, Curt studied acting with Fred Kareman, and he works currently in San Francisco with Linda Lowry. He loves teaching acting and has held masterclasses at Bucknell University, San Francisco’s Music Conservatory, and Songfest in Los Angeles. His commercial and voiceover credits include Sutter Health, Microsoft, Intel, Blue Cross Blue Shield, Santa Cruz Beach Boardwalk, 3DO, MTV, Evite.com, and “Fly Away Home.” He is a proud member of SAG-AFTRA. 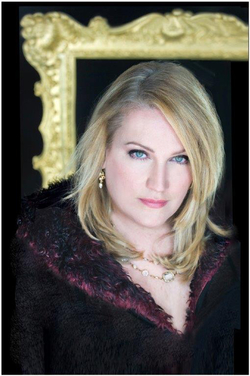 Kristin Clayton
Soprano, Voice and Acting Instructor and Founder
Kristin Clayton is a voice and acting instructor for PacSAW. She has been a professional opera singer for over 20 years and has been teaching voice privately and at Russo Studios in San Francisco to all ages and levels of experience. Kristin encourages exploring the student's innate love of performing, while teaching basic vocal and acting technique in a way that is fun and easy to understand. She began her association with the San Francisco Opera in 1993 in the Merola Opera Program for young artists and was a 1994-95 Adler Fellow, singing and covering roles for the company and training professionally. She has sung leading roles in opera houses all over the United States and in Northern California. One of her most recognized performances in the Bay Area was in Teatro ZinzZanni, where she performed the role of “The Diva” for almost 12 years. She holds a Bachelor of Music degree in Vocal Performance from Brenau Women’s College in Gainesville, GA and Master of Music degree in Vocal Performance from the University of Cincinnati - College Conservatory of Music. 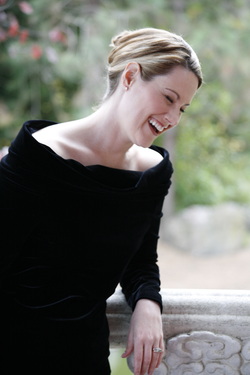 Nicolle Foland
Soprano, Voice Instructor and Founder
A private voice teacher since 1991 and master class teacher since 1996, Nicolle has developed a holistic approach to singing and teaching singing. Her technique focuses on involvement of the entire body through breathing and postural alignment to produce a healthy sound for all voice types. Singing professionally since 1992 and an alumna of San Francisco Opera Center’s Adler Fellowship program, she began her career with the San Francisco Opera singing many roles with the company, including Musetta in La bohème, Countess in Le nozze di Figaro, Tatyana in Eugene Onegin, Rosalinde in Die Fledermaus, and Hanna Glawari in The Merry Widow among many others. She has sung the role of Violetta in La traviata with Houston Grand Opera, Lyric Opera of Chicago, Michigan Opera Theater, and Utah Opera and has performed with Los Angeles Opera, Opera Bilbao in Spain, and Seattle Opera as Musetta. Nicolle has debuted in many other leading roles, including Countess, Desdemona in Otello, and Mimi in La bohème, with such American companies as New York City Opera, Opera Company of Philadelphia, Boston Lyric Opera, Minnesota Opera, Arizona Opera, Central City Opera, Santa Fe Opera, Opera Colorado, and Opera Boston. She has made multiple appearances with the San Francisco Symphony and has sung with many other orchestras, including American Symphony Orchestra, Los Angeles Philharmonic, Minnesota Orchestra, and Colorado Symphony. Nicolle is also an avid recitalist, appearing on performing arts series throughout the U.S. A native of Des Moines, Iowa, she received her undergraduate and master’s degrees from the University of Northern Iowa. 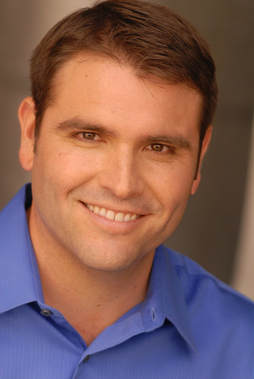 Adam Flowers
Tenor, Voice and Acting Instructor
Adam has performed principal tenor roles in opera houses throughout North America, Hawaii, and Japan.  In July 2006 he completed a five-year artist-in-residency for Opera San Jose, performing over 32 roles. He is currently a member of the San Francisco Opera Chorus and the tenor section leader at San Francisco’s St. Ignatius Church Choir. Adam is a certified Music Together™ teacher, teaching music to infants and toddlers in Marin County and San Francisco. He is a teaching artist for Pacific Actors & Singers Workshop, the San Francisco Opera Guild’s Book To Bravo and Opera A La Carte educational programs with students in the 5th-12th grades. He is a voice student of Sheri Greenawald and Deborah Benedict. 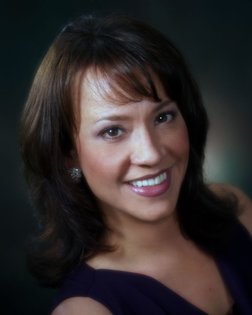 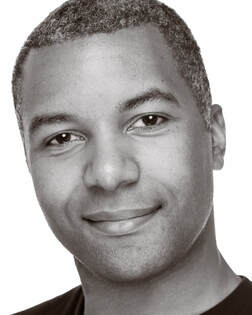 Albert Hodge
Baritone, Voice and Acting Instructor
An Oakland native, Albert Hodge has been singing and acting since childhood. His love of musical theater, discovered in the Bishop O’Dowd High School drama department, has led him through numerous productions and performances across the Bay Area to performing in the current cast of the critically acclaimed show, Beach Blanket Babylon, in San Francisco. Albert has been an instructor for Pacific Singers & Actors Workshop since 2016.

Ruby Day
Soprano, Voice and Acting Instructor
A Bay Area native, Ruby comes from a musical family with her parents both performing in the SF Symphony, and brother professional pianist. Ruby took up the violin at a young age and focused on that instrument for 13 years
before taking a strong interest in singing and acting. In middle school, she performed in various musical productions, which fueled her passion. Ruby attended Idyllwild Arts Academy to deepen her theatrical skills for her final two years of High School. Continuing the pursuit of performance, Ruby attended the Royal Conservatoire of Scotland, for 3 years, where she received her BA in Musical Theater. She then took her talents to NYC and attended acting classes, worked in small productions, and collaborated on theatrical projects. In Spring 2015, Ruby booked the International tour of Annie, as the role of Star to Be, and traveled the world performing. In Summer 2017, Ruby returned to her hometown to star in Beach Blanket Babylon as Snow White. In her off hours, Ruby attended the Clown Conservatory of SF to broaden her
emotional range, and sharpen her skills in physical comedy. She is so pleased to be home, and while she is sad to see Beach Blanket Babylon close, she is excited to bring her knowledge and experience to Performing Academy.
Full of passion and patience, Ruby brings a swath of experience, from instrumentation, to singing, to big characters, Ruby is excited to teach and learn.
​ 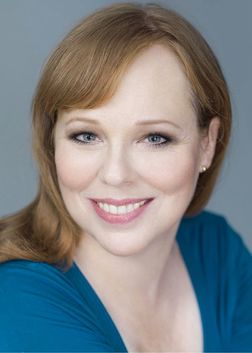 Krista Wigle
Soprano, Voice and Acting Instructor
​Krista received her Bachelor and Master of Music Degrees in Vocal Performance from the San Francisco Conservatory of Music. She has taught musical theater classes for the Young Conservatory at the American Conservatory Theater(A.C.T.) for the past 17 years, and is currently the music director for the High School Cabaret Ensembles. Also, Ms. Wigle was the music director for many fully staged musical productions at A.C.T.(Young Conservatory) including: Fields of Gold, I’m Still Standing, Shed a Little Light, Dangling Conversations, The Ladies of the Canyon, Across the Universe, Jacques Brel is Alive and Well and Living in Paris and Hair,  and she was the assistant music director for A.C.T.'s mainstage production of A Christmas Carol. In addition, she is an Artist-in-Residence at the Ruth Asawa High School of the Arts in the Vocal Department. At Cinnabar Theater in Petaluma, she was the music director for their youth productions of The Little Shop of Horrors and Seussical, and taught vocal master classes for the Cantabile Youth Singers in Los Altos. As an opera and musical theater performer, Ms. Wigle has appeared with such companies as Opera Parallele, Brava Opera, Opera Santa Barbara, Livermore Valley Opera, Festival Opera, West Bay Opera, Pocket Opera, Cinnabar Theater, The San Francisco Opera Guild, Sonoma City Opera, San Francisco Lyric Opera and North Bay Opera. Some of her roles include: Mistress Quickly in Falstaff,  Yetta in The MeshugaNutcracker! (Guggenheim Ent.), Miss Jessel in The Turn of the Screw, Clorinda in La Cenerentola ​ and Musetta in La bohème.
Pacific Singers & Actors Workshop is a 501(c)3 organization dedicated to inspiring passion for performing arts in middle and high school students.
Tax ID 46-3798941